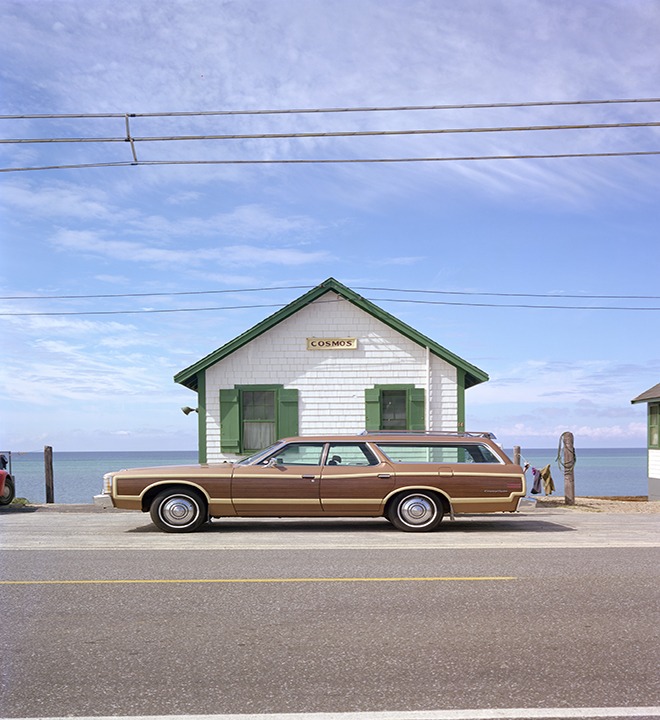 Alongside other seminal figures (such as William Eggleston and Stephan Shore) Joel Meyerowitz was an early advocate of colour photography when there was resistance to viewing it as a serious art. Endorsing his move away from black & white, Meyerowitz said: ‘colour describes more things…when I say description, I don’t mean mere fact and the cold accounting of things in the frame. I really mean the sensation I get from things – their surface and colour – my memory of them in other conditions as well as their connotative qualities. Colour plays itself out along a richer band of feelings – more wavelengths, more radiance, more sensation.’

Permanently adopting colour photography in 1972, six years later Meryerowitz published Cape Light. Using a vintage 8×10 Deardoff view camera, Meryerowitz’s images are largely locations found across the coast and small towns of Cape Cod, Massachusetts. Meditating on the colour, light and scale of area, the photographs are serene, luminous landscapes that look at colour as a sensorial and evocative experience. To coincide with the re-release of the highly successful book, Beetles+Huxley exhibit a set of prints from Cape Light.