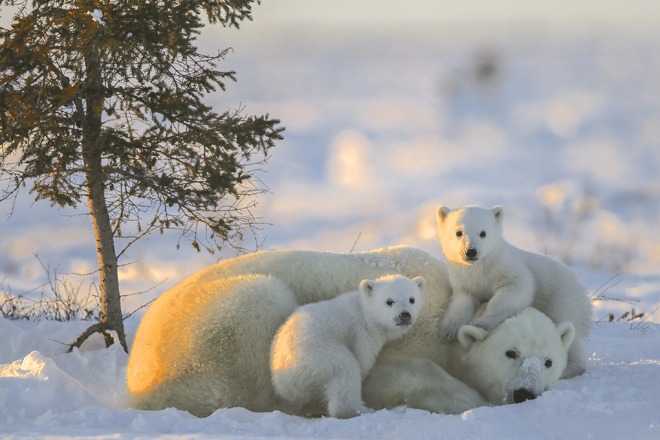 Until 17 July 2016, 80 breathtaking polar photographs by Michel Rawicki will be displayed on the railings around the Luxemberg Garden in Paris.

Taken over a period of more than 20 years, during more than 30 trips, Rawicki’s images capture the landscapes, people and wild animals of the world’s polar regions – from Antarctica to Greenland, through Siberia and Alaska.

Formerly a studio-based photographer, Rawicki first visited the poles in 1993 and it was to be the start of a whole new photographic journey. His images, which were imbued with an aesthetic and graphic style, began to take on an ethical and contemplative dimension, which gradually changed his view and his approach to photographing this sensitive environment.

Through his work, Rawicki says he hopes to ‘share my love of the poles and to raise awareness to the fact the conservation of this fragile, immense space concerns each and every one of us on a daily basis.’

Touched by the Cold is sponsored by Hubert Reeves and partnered by Evian.