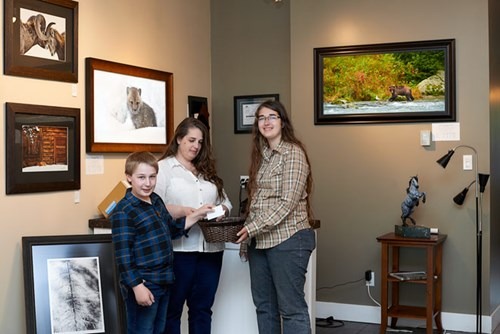 One of the most exciting camera launches of the year, Fujifilm’s medium format offering has got everyone talking. Fergus Kennedy gets his hands on one of the first ones in the country to put it through its paces…

Every so often a camera comes along that breaks new ground. The new Fujifilm GFX 50S is exciting not only because its sensor is considerably larger than that found on a full-frame DSLR, but the mirrorless body design packs all this performance into a very manageable size. The price, while still fairly eye-watering, is not far beyond the territory of a top-end DSLR. So what is this newcomer all about, how does the image quality stack up and what sort of photographer will it suit? I headed out on location to find some answers.

The GFX 50S feels solidly built and not significantly larger in the hand than a full-frame DSLR such as the Canon EOS 5D series. It has a slightly strange looking protuberance on the back behind the rear LCD. Further investigation reveals this is in part to house the battery; a change from its conventional home within the handgrip. The top of the camera accommodates a removable electronic viewfinder. In terms of the control layout, the camera will feel instantly familiar to users of Fujifilm’s other mirrorless offerings such as the well-received X-T2. An abundance of dials and physical buttons is the order of the day, including an ISO dial and a shutter speed dial. There is a rather fetching LCD display on the top plate that displays all your basic settings at a glance.

My initial feeling having seen the specs of the GFX 50S was that it was a camera to delight image-quality aficionados. The 51.4MP sensor measures 43.8 x 32.9mm, which is a significant step-up from the 36 x 24mm sensor of a full-frame camera (but still smaller than some other digital medium format cameras such as the Phase One XF, where the sensor is a whopping 53.7 x 40.4mm). The individual photosites are larger than those in a full-frame DSLR with similar resolution, which, in theory, should mean improved low-light performance. 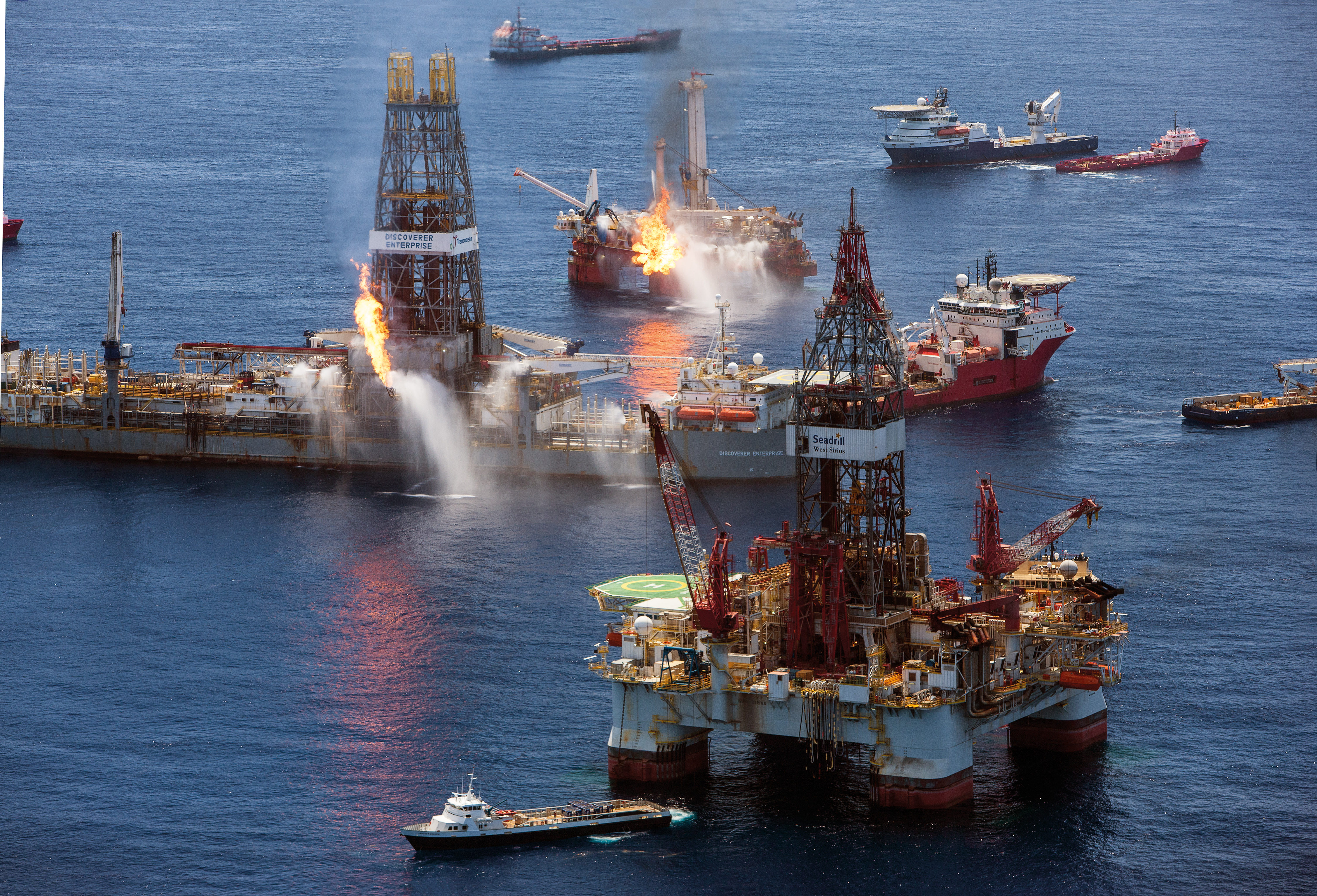 I headed out to put the camera through its paces in a variety of outdoor situations. Toting it around handheld and shooting on the fly, the camera performed adequately. The autofocus was pretty snappy in good light and the camera can manage three frames per second in continuous mode. Pay particular attention to shutter speed if you’re not using a tripod. It’s not the best camera for catching high-speed action, but this was never what it was intended for. While it could work for travel and street photography, my feeling is that the GFX 50S really shines for photographers who take a considered approach, camera on tripod, taking time and care over the composition and reaping the rewards of beautiful image quality (more on this later).

It’s a funny thing, but I found that just knowing I was using a medium format camera made me slow down and take that extra bit of time with my images. This considered approach to photography is exactly what fine-art landscape photographers practise on a daily basis and there is certainly something magical about the aesthetic of the medium format images from the GFX 50S.

Back in the office, I opened up the Raw files with Lightroom and, as I had hoped, the level of detail in the images was superb. Noise levels were very low; I happily shot in the street at night up to ISO 6400, and even 12800 was very useable, with any noise being fine-grained and not distracting. Dynamic range was excellent, with good detail retained in the shadows, even when pushing the shadows slider all the way to 100.

One area I felt could benefit from a little improvement was the electronic viewfinder. While it was generally adequate, I did notice distracting patterns of noise and moiré. It’s a relatively minor point, but it did slightly detract from the otherwise high-end experience of using the camera. Video is possible with this camera, but at a fairly modest (by modern standards) full HD, 30fps maximum. Microphone and headphone sockets are provided. 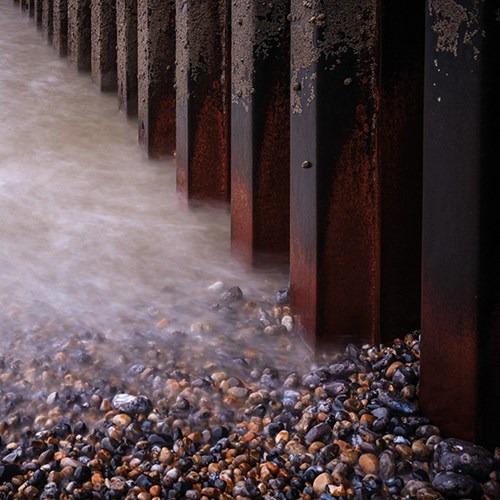 Image above: Shooting in medium format brings out the inner artist, and with so many pixels, you can crop the image and still retain plenty of detail.
Fujifilm GFX 50S with 63mm f/2.8 lens, ISO 100 4.3sec at f/8

Currently, the GF system lens selection is limited to two primes and a zoom. When choosing, bear in mind that you need to multiply the focal lengths by 0.79 to get 35mm equivalents, and the same applies to the maximum apertures, so the 63mm f/2.8 lens should give similar results in terms of depth of field to a 50mm f/2.2 on a full-frame DSLR. Two more GF lenses, a 23mm f/4 and a 110mm f/2, are due in June, and a couple more are in the pipeline. A lens adapter is available that allows the use of Fujifilm H mount and Hasselblad lenses, albeit with manual focus only, and another adapter from Cambo works with Canon EF lenses.

The Fujifilm GFX 50S is an interesting camera that packs a lot of image quality into a small package. It does have competition, though, both from medium format rivals such as the Pentax 645Z and the Hasselblad X1D, and from the latest crop of high megapixel full-frame DSLR and mirrorless cameras. There are certainly more versatile and faster cameras out there, but my feeling is that the GFX 50S may well have hit a sweet spot between image quality, portability and affordability, especially for high-end landscape photographers.