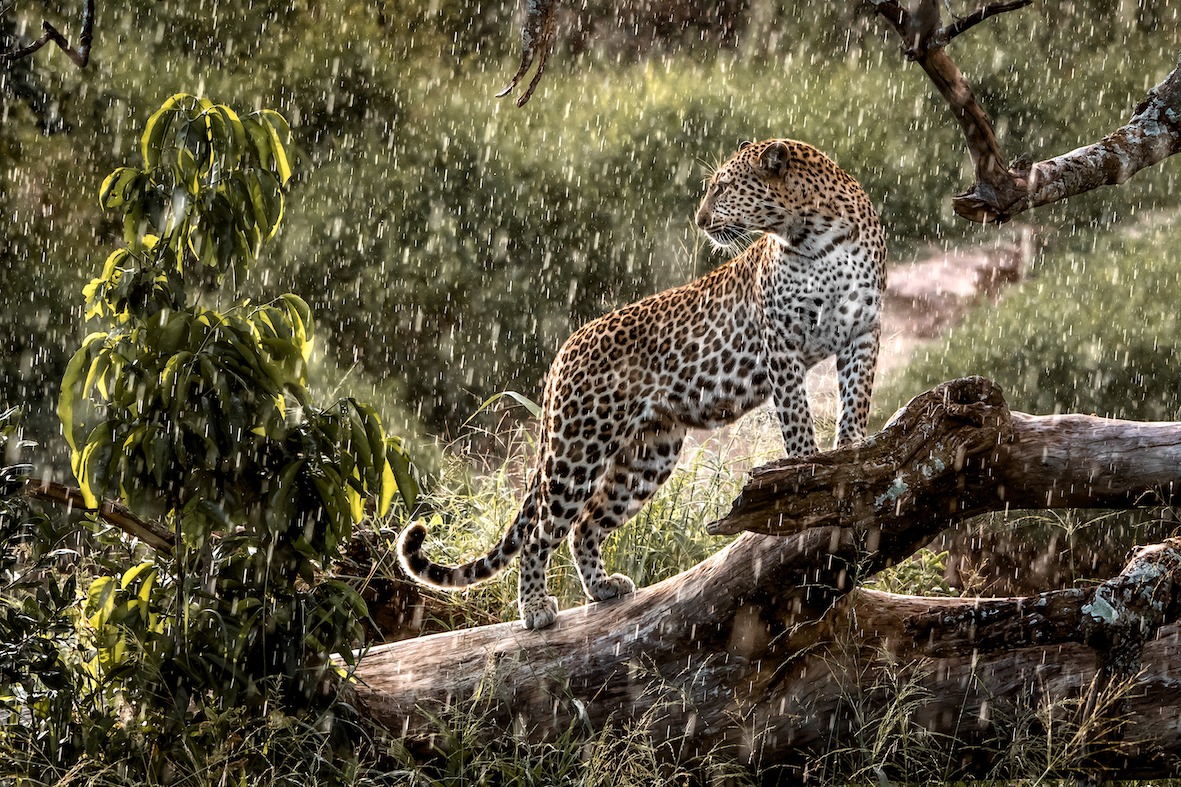 Following the success of 2020’s Prints for Wildlife, the ambitious initiative is back this summer for a second edition. Here’s the lowdown on some of the amazing photographs that are up for grabs.

One of the many and lesser-known consequences of the Covid-19 pandemic has been its disastrous impact on conservation efforts, including those in Africa’s wildlife areas. In response to this, 120 renowned international wildlife photographers came together last year to raise vital funds for one of the continent’s most pioneering conservation organisations: African Parks. In just 30 days, Prints for Wildlife sold more than 6,500 wildlife prints and raised US$660,200.

This year Prints for Wildlife, founded by photographers Pie Aerts and Marion Payr, is even bigger. More than 170 wildlife photographers are taking part, with the ambitious target of raising one million dollars for African Parks’ conservation work.

‘The key to conservation is putting people at the heart of the solution,’ says Pie Aerts. ‘This is done through community programs supporting health, education, job security and sustainable livelihoods. African Parks, and their community-first approach to conservation, is ensuring that the protected areas under their management are safe places where wildlife andpeople can flourish. And in safe places, magical things can happen. Therefore, choosing African Parks as our partner for this campaign was a no-brainer.’

The summer sale, which runs until 11 August, will follow the same format as last year, with each photographer donating one fine art print to be sold for US$100 (approx. £74) through the online shop: printsforwildlife.org. Alongside some of the most respected wildlife photographers in the world – such as Steve Winter, Beverly Joubert, Marsel van Oosten, Greg du Toit, Konsta Punkka, David Lloyd, Clement Kiragu and Will Burrard-Lucas – the sale also features emerging talent from developing nations, with a focus on promoting greater diversity and inclusivity in the wildlife photography industry.

We asked three of the featured photographers to share the story behind their picture.

Paolo Torchino: ‘My photo of the leopard in the rain was taken in the Maasai Mara in Kenya and it won me the title of Greatest Maasai Mara Photographer of the Year 2020. It is one of my favourite shots because, in a once in a lifetime moment, all the elements came together: the leopard I was following climbed on the perfect tree, with no green branches disturbing the subject; the rain started pouring heavily, with big drops reflecting the light; and the sun suddenly illuminated the scene through the heavy clouds, giving the perfect back light. There’s nothing better than being in the right place at the right time – and, most importantly, I didn’t miss the opportunity.’

Daryl Balfour: ‘My image of two young adult male polar bears wrestling for dominance in the shallow waters of Kaktovik lagoon near Barter Island in the Alaskan far north was made one morning a few years ago. Polar bears gather here in autumn each year, awaiting freeze-up on the Beaufort Sea, so they can venture out on to the ice to hunt their major food source: harp seals.

‘Global warming has resulted in this freeze-up happening later and later each year, with the result that the bears go longer without food and are forced to forage for scraps in and around the small Inupiaq village of Kaktovik. This ultimately results in an increase in fatalities, especially among smaller cubs, as their mothers are forced to take to the ocean, swimming great distances in search of sea ice and food.’

Kyle de Nobrega: ‘If there is one place in Africa that epitomises abundance and diversity on a scale not seen elsewhere, it is Zakouma National Park in Chad. Black-crowned cranes flock en-masse to the last drying floodplains in Zakouma and when the last pools begin to dry, the spectacle is energised tenfold by flocks of millions of red-billed quelea – it is the last true stronghold for this once widespread species.

‘As a naturalist guide by trade, having a camera in hand to document the thousands of hours spent in the bush naturally makes sense. These hours of immersion continuously transform captivation into curiosity as the deeper you go, the more there is to uncover.

‘This phenomenon has lead me to explore the last remnants of Africa’s wilderness. What you meet on the other side sometimes feels unimaginable. Witnessing the power and scale of conservation, like that of African Parks, and the isolation of the last true wildernesses is a combination that will change the way people see our natural world forever.’

Prints for Wildlife runs until 11 August. See all the prints for sale at printsforwildlife.org