Widely considered to be at the cutting edge of stills and video innovation, Canon’s EOS 5D series is hugely popular with photographers and filmmakers alike. Fergus Kennedy tries out the latest addition to the range, the Canon EOS 5D MkIV.
(Article first featured in OP’s January issue, 213).

Product images courtesy of Canon, all other images © Fergus Kennedy

Analyse the EXIF data of photographs posted on the photo-sharing site Flickr, and the most popular camera by some margin is the Canon EOS 5D MkIII. So its eagerly anticipated replacement, the Mark IV, has some big boots to fill.

As a long-time owner of the 5D series cameras, I found the Mark IV immediately familiar in the hand. It’s actually very slightly smaller and lighter than the Mark III, although probably not noticeably so to most people. Button layout is nearly identical, with the exception of a new assignable button directly above the rear thumb wheel.

My first outing with the camera was a shoot in the streets of Barcelona, with very strong light and shadow in the narrow alleyways. I was keen to see how much detail is preserved when lifting the exposure of the shadows, and I was not disappointed. Despite the higher resolution of the newer model, even pushing the exposure by up to five stops could yield very useable images – a noticeable improvement on the Mark III. This means the camera effectively has a significantly higher dynamic range, an ability that should be useful to a wide range of photographers.

In terms of new functionality, the Mark IV now has built-in GPS for those who need to geotag their pictures, and wireless features that enable tethering to EOS Utility, sharing photos to a smartphone and wireless printing. Also new to the 5D line is the touchscreen and Dual Pixel AF. Finally, for those who shoot video as well, the camera boasts 4K video up to 30fps and full HD up to 60fps.

A nocturnal candlelit event at some local ruins provided an opportunity to test the camera’s performance in extremely low light. Generally the Mark IV excelled. High ISO was up there with the best in its class. I happily shot up to ISO 12800 and even pushed the exposure up further in post-processing. The noise was there, but it was fine-grained and easily controlled in Lightroom. I was getting photographs that were sharp handheld (with an IS lens) and revealed a lot more detail than I could see with the naked eye. When the phase-detect AF (shooting through the viewfinder) started to struggle in almost complete darkness, the Dual Pixel AF in live view still worked remarkably well. 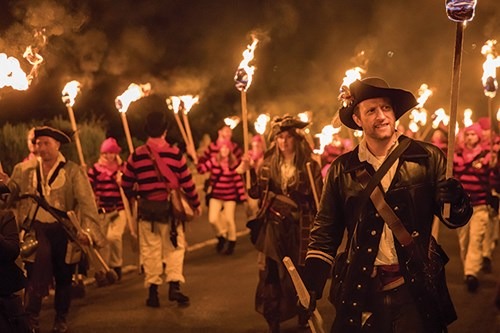 Habitual Canon users will be accustomed to playing with AF settings to suit the situation. Spending some time getting familiar with the vast array of AF settings on offer pays dividends in terms of getting a higher proportion of sharp shots. Like its predecessor, the Mark IV has an array of 61 AF points, but helpfully they are now spread out over a larger area of the viewfinder.

One big upgrade over the Mark III is the highly effective Dual Pixel AF for use in live view stills or video. Combined with the all-new touchscreen rear LCD, it offers great subject-to-tracking performance (often better than the traditional viewfinder phase detect). As I shoot aerial stills and video using drones, I was keen to get the Mark IV aloft. Firing up the props on the big Octocopter unexpectedly kicked up a huge cloud of dust, so I was grateful for the improved water and dust sealing on the new model. Once in the air, I relied on the dual pixel AF for stills and video, something I’ve never dared do before (using a preset manual focus instead) and I’m pleased to say it didn’t let me down. In general, the camera appears to be built to take years of punishment in the hands of dedicated professionals. 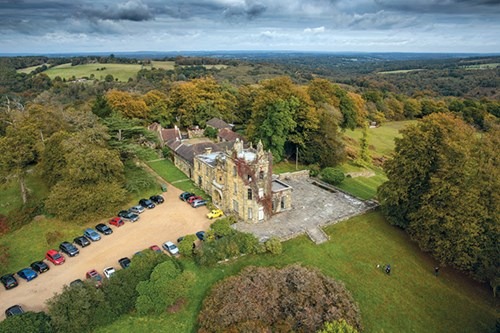 A much talked-about new feature on the camera is the Image Microadjust. The idea is that using the dual pixel technology, small adjustments in the focus point can be made after the picture is taken. In practice I found that this method of refocusing in post-production is really only effective over a matter of millimetres when using very fast lenses wide open, so it’s probably not a feature that most users will make much use of.

In the area of video performance, the Mark IV clearly ups its game compared to the Mark III. The 4K video is beautiful to behold and the touchscreen AF works wonders for effortless subject tracking and focus racks from one subject to another. Users should be aware, however, that the 4K video has a 1.64x crop factor and is 17:9 aspect ratio (DCI 4K standard) rather than the more commonly used 16:9 UHD standard. Of course, if you need 16:9 UHD you can crop the video, but it would be nice to have it as an option in the menu. The other consequence of the somewhat heavy sensor crop is that you may struggle to find wide enough lenses if you want to shoot ultra wide video. The codec used for 4K is MJPEG, which results in a seriously high 500Mb/s data rate. This means you’re going to need very fast and very large memory cards if you’re shooting a lot of video. Fortunately, relatively cheap and fast SD cards are now becoming available. 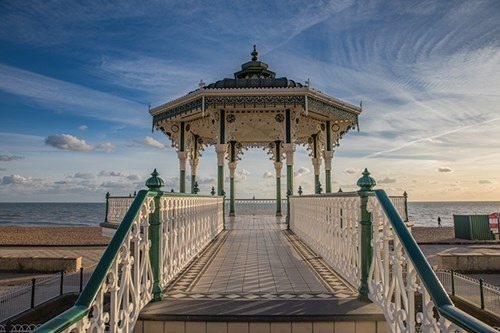 Continuous shooting up to 7fps

Summing up, Canon has taken its professional workhorse DSLR and made improvements in nearly every area. Some are small refinements and some will make a significant difference to what’s possible. I can definitely recommended it, but the price may discourage some potential buyers.