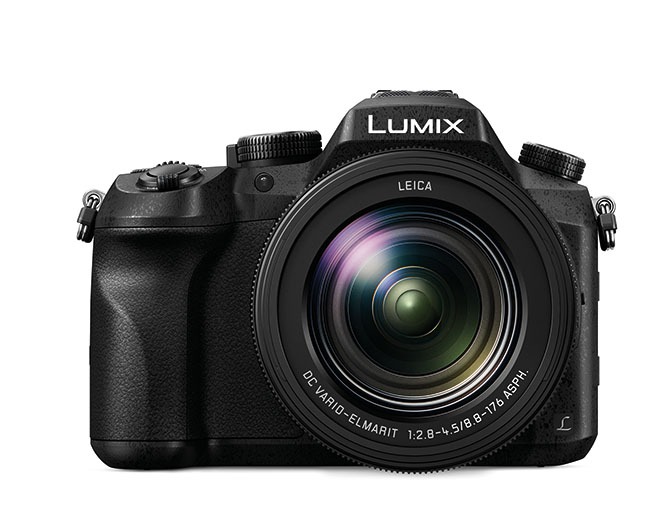 If you have ever had to make tough decisions about which lenses to pack for a lightweight shoot outdoors, then Panasonic’s Lumix DMC-FZ2000 may provide a solution. Fergus Kennedy finds out if it fits the bill.

So-called ‘bridge’ cameras occupy a space in the market between compact zoom cameras and full-blown interchangeable lens mirrorless and DSLR cameras. It’s a fairly niche market, as they tend towards the DSLR end of the spectrum in terms of size, but without the versatility of interchangeable lenses. Nevertheless, this style of camera does have a dedicated following among enthusiasts, so I was eager to understand the appeal not only of the genre but also of this Panasonic model in particular.

The FZ2000 builds on the reputation of its predecessor, the FZ1000. At first glance, the specification is pretty similar, with a 20MP, 1in sensor, but the newer model packs a few nice additions. The already substantial zoom range is improved to a whopping 24-480mm equivalent. An inbuilt variable ND filter, touchscreen and better video quality add further to the overall enhancements. 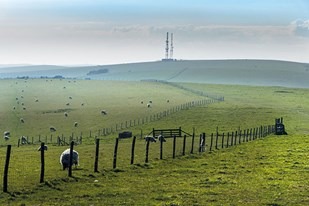 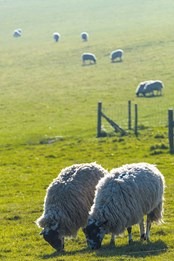 The huge zoom range on the FZ2000 offers a multitude of composition options without the need for lens changes.

In the hand, the Panasonic FZ2000 is reasonably large, coming in at a similar size to a medium-sized DSLR with a kit lens. The advantage, of course, is that it’s still smaller than a DSLR with a 500mm zoom lens. The camera did cause me to wonder when I would reach for it in preference to the DSLR option, with its interchangeable lenses and larger, higher resolution sensor. My answer came by chance, when I was asked to cover a marathon race in the picturesque South Downs. Much of the race was remote, so I wanted to travel by mountain bike, and to fit both a camera and small drone in a daypack while having a good range of focal lengths available. The Panasonic was the obvious choice.

The control layout on the camera was straightforward and I found it a quick camera to get to know, with all the important buttons and dials within easy reach. The touchscreen was also intuitive and I found it provided a handy shortcut when a function button proved illusive. It’s also invaluable for specifying autofocus subjects.

So how did the Panasonic cope on its marathon photo session? The huge zoom range was great for getting a variety of shots of the runners without the need for time-consuming lens changes. Out in the hills, with relatively big gaps between runners, I found myself exploiting the full zoom range, shooting distant runners at the 480mm end and being able to include landscape and context at the wide end as the runners passed me. On a camera of this nature, effective image stabilisation is crucial. I didn’t want to bring a tripod, but camera shake is potentially a big issue when shooting at an equivalent of nearly 500mm. It was pleasing to find that the camera’s stabilisation performed admirably, with little camera shake in evidence.

The other feature that came into its own for this task was the autofocus. Effective subject tracking is essential for this type of photography, particularly at the long end of the lens. Again, it was impressive to discover that the FZ2000 did a brilliant job tracking the runners; it locked on well and I ended up with a very high keeper rate. And at a nippy 12 frames per second maximum burst rate, I had plenty of options to choose from in the edit. 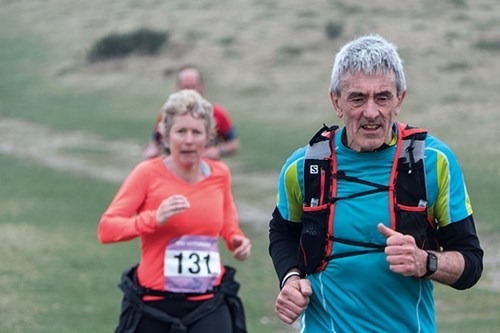 Panasonic has not neglected the video capabilities in this model. The FZ2000 shoots 4K at up to 30 frames per second, with all the usual ports – HDMI out, headphone and mic jacks. The only complaint (and one that can be aimed at most of the competition too) is that when in use, these sockets prevent full movement of the articulating screen. A very welcome addition to the FZ2000 is the inbuilt ND filter offering, which gives three strengths and an auto option. Although primarily a video feature, allowing you to maintain the desired shutter speed, these may also come in very handy for landscape shooters wanting to achieve slow shutter speed effects to blur water or cloud movement, for instance. I found the 4K video quality to be excellent and there are some very useful over crank options for those wanting to shoot slow motion in full HD.

Sorting through the day’s crop of both stills and video, it struck me that I had managed to shoot a very large variety of images in a very short space of time: close-ups of flowers, wide landscapes and fairly extreme telephoto shots, in addition to video. This camera could handle it all very competently without a lens change. The image quality was always decent. As might be expected, it’s not as sharp as you would get from a high-megapixel camera equipped with ultra-sharp prime lenses, and the lens is perhaps not ideal for those who want a very shallow depth of field or like to shoot in very low light. But there again, you could never expect an effective 24-480mm zoom lens to compete with a prime lens; there have to be some compromises in the design.

Bulky for a 1in sensor camera

Ports interfere with LCD screen articulation when in use

This is a camera that will suit the travelling photographer who likes to shoot a wide variety of subjects but does not want to deal with the extra bulk of multiple lenses. There are of course much more compact travel zoom cameras available offering similar zoom ranges, but expect further sacrifices in lens design and image quality with these. If you’re after a bridge superzoom camera, the Panasonic FZ2000 is definitely one of the top contenders.